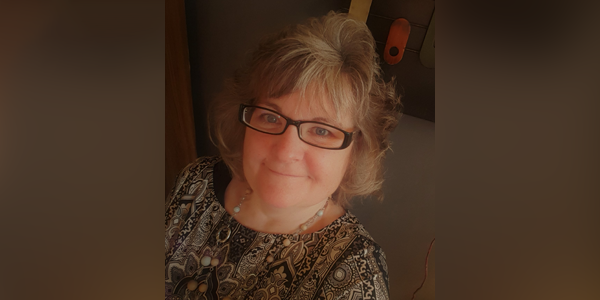 If you have ever met Jenni Archibald, you know within seconds that she radiates warmth and positivity. She has a special aura that makes anyone in her presences feel at ease. It only takes a few minutes of conversation to learn that Jenni is not only a happy person, but she is also extraordinarily kind and generous.

Being philanthropic wasn't something people talked about in the small, rural community Jenni grew up in – it just happened. "There never seemed to be a strict focus on community service, everyone just helped and did what they could, whenever there was a need. People just came together." Jenni saw firsthand how the power of many could tackle anything, no matter the size. "It wasn't until I began working at non-profit organizations like Tanager Place that I could put a name to it and understand what philanthropy meant. I realized you can be part of something bigger when everyone works together toward a common goal. A small gesture can be very powerful."

Jenni's early years were influenced heavily by observing how well her school teachers collaborated with each other and pitched in to give their students the best of themselves. Attending a small school allowed her to actively participate in school and community activities and helped prepare her for working in a non-profit environment. "I was able to have my hands in everything. There was never just one path, one opportunity. There were plenty of ways to get involved and learn." These early school experiences helped develop in her a lifelong passion for education. "Education, whether it be informal or formal, is incredibly valuable. It's true: knowledge is power." This enthusiasm for knowledge and learning led Jenni on a path that landed her at Tanager Place in 2019.

Jenni's role at Tanager Place is to support the executive team so they can perform their jobs more efficiently and effectively. In her role, she interacts with staff from all programs and departments as well as with those outside the agency who share in the success of Tanager Place. Through these interactions, she witnesses mission in action every day. "People come to work each day because they truly want to make a difference. I am proud to work alongside my colleagues – individuals who, day after day, year after year, have been instrumental in enabling Tanager Place to prevail in an ever-changing world for over 150 years."

A life-changing moment in her time at the agency came during the early stages of the pandemic when she had the opportunity to spend a few days with the children of the inpatient program, who were attending school remotely through online learning. Jenni saw this as an opportunity to engage and learn more about Tanager, so she volunteered to help. During that experience, Jenni was not only teaching, she was also learning. "It was such an eye-opening experience to be a part of their lives for a few days," she explains. "It taught me a lot about what each of them has to overcome to be successful. They all came from different backgrounds, had unique personalities and needs, yet they were all living under the same roof working toward a common goal: healing. I was humbled that these youth allowed me to be a part of their daily life and their world, even for such a short time." A seed was planted and Jenni knew she had to do more for the children of Tanager Place.

It just so happened that Jenni and her husband were updating their will about the same time. "I realized it was the most meaningful way for me to leave something that would have an impact," said Jenni after including Tanager Place as a beneficiary of her estate. "Leaving something to strangers, to children and families, and giving them a chance at success would be more meaningful and more impactful than giving it to anyone else. Growing up, my dad would often pose: 'If you don't do it, who will?'" Jenni's eyes light up when she quotes her dad with whom she has a very close relationship.

When asked why Jenni believed strongly in supporting Tanager Place, not only as a community member, but as an employee, she said, "I realize that my gift will never be the largest, but the whole is greater than the sum of its parts. It just makes sense that ALL gifts combined can change more lives." Jenni brings the conversation back to her dad, who often shared words of wisdom that he collected throughout his life. "'Pennies make dollars,' he would state. This was both a figurative and literal lesson," she remembers. "As a single penny, you might feel powerless, but, in fact, when your penny is combined with others' pennies, you can experience the power of a dollar."